Does To Clean Cause Allergies?

Does To Clean Cause Allergies?

Each day we come in contact with hundreds of ordinary things that can trigger allergic reactions and asthma. Things such as pollen, pet hair, mold, dust mites, and more. More than 50 million Americans have some type of allergy, according to the American college of Allergy, Asthma and Immunology, and about 25 million Americans have asthma — a number that is expected to increase, according to the U.S. Centers for Disease Control and Prevention.

If someone in your household has allergies or asthma, your first reaction may be to regularly try to remove the irritants from your home. By constant mopping, sweeping, dusting and using household cleaners this could actually increase the risk of allergies and asthma. In fact, young children who are not exposed to allergens and germs in their early years are  at increased  risk of developing asthma and allergies later on.

More than 5 percent of Americans ages 6 to 59 years are sensitive to at least one allergen, according to a national survey conducted from 1988 to 1994 by the National Institutes of Health. That’s two to five times higher than rates found in a previous 1976 to 1980 survey.

The argument that too-clean environments contribute to allergies is called the “hygiene hypothesis.”  Generally, the idea is that exposure to germs and infection helps build the immune system, which can protect against allergies and asthma.

Researchers have been exploring cleanliness as an allergy cause for several years. Research results are similar to those published in The Journal of Allergy and Clinical Immunology, which shows that children who attend daycare are 35 percent less likely than those who stay home to develop allergies and asthma later in life. The study of 900 infants showed those who entered daycare between 6 months and 1 year of age had 75 percent less asthma by age 5 than their peers.

Cleaning Products as Allergy and Asthma Cause

According to a study of more than 3,000 adults who did not have asthma when the study began, using cleaning sprays more than once a week can trigger asthmatic attacks and the risk of asthma increased as the use of sprays increased. Sprays that could lead to asthma and allergies include glass cleaners, furniture cleaners, and air fresheners, the researchers reported in the American Journal of Respiratory and Critical Care Medicine.

Previous studies have shown that people whose work exposes them daily to cleaning products-especially spray degreasers, bleach solutions and air fresheners- are more likely to have asthma or the kinds of respiratory symptoms, such as coughing and wheezing, that people associate with allergies. Women who already have some type of lung infection or illness are at increased risk from spray cleaning products. The effect appears to be isolated to spray cleaners. Use of cleaning agents in other forms did not have the same effect.

So a little less cleaning and a little more dirt could be a healthy thing!! 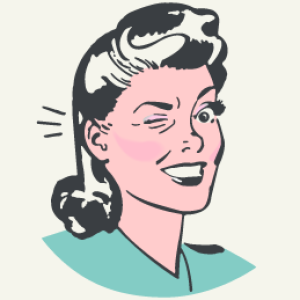